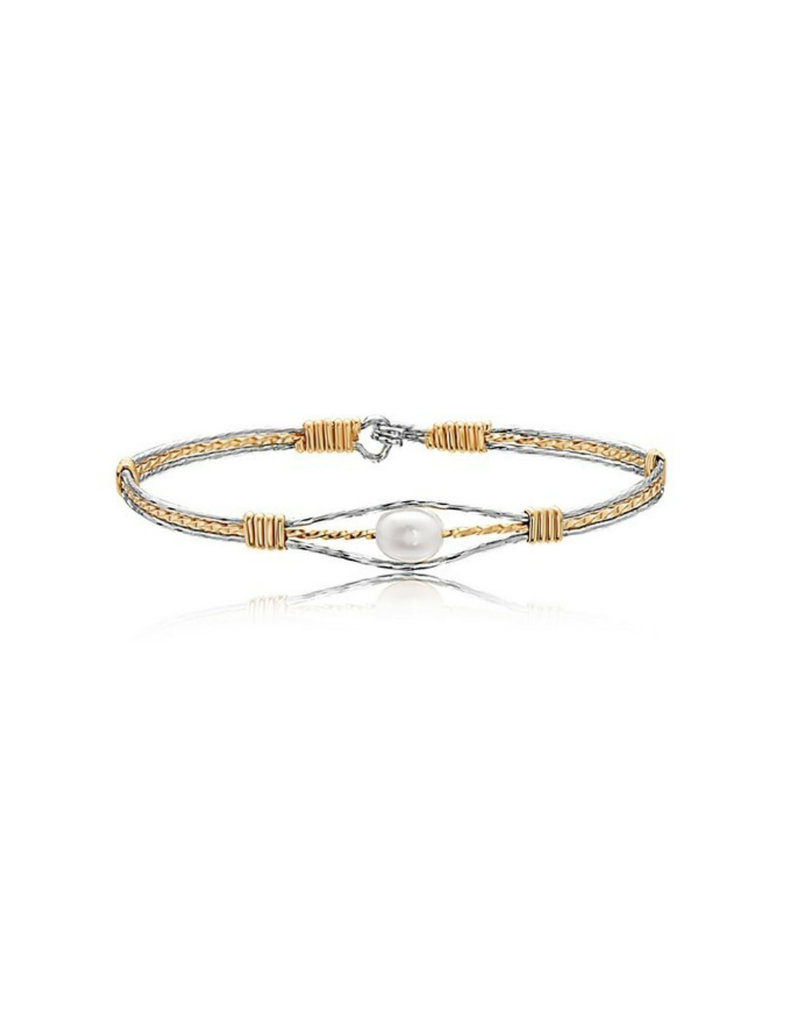 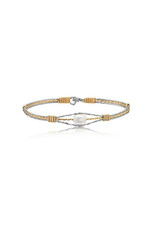 The Guardian Angel Bracelet© is in remembrance of a 15-year employee with the company whose name was Mina.  She had asked Ronaldo's permission to take a brief leave of absence because her mother was battling cancer in San Antonio and she wanted to go take care of her.  The months passed and one day Mina called Ronaldo and told him that she was going to be off work longer than she had originally planned.  Ronaldo told her that was OK because he understood about her mother's serious health situation.  But Mina replied that the health situation was not about her mother, who had died several weeks earlier but, instead, Mina told Ronaldo:  “I have cancer real bad and I only have three weeks to live.”  Ronaldo explained to her that he was in the middle of a personal appearance tour but that as soon as he returned he would immediately come to visit her.  Mina told Ronaldo to hurry.  Ronaldo visited Mina in San Antonio a short time later, accompanied by his wife, Linda, and the company's production supervisor, Martha.  After they had visited with her for a bit, Mina asked to speak with Ronaldo alone.

It was then that Mina told Ronaldo that she now knew why God had taken her husband, Doug, in his sleep from a heart attack 3 years earlier.  Ronaldo inquired how she would know that and Mina replied that, by seeing the painful look on Ronaldo's face while he was visiting with her today, she knew that in His wisdom, God wanted to spare Doug from seeing her look like this.

Ronaldo told Mina that we are going to do her nails real pretty so that when she got to Heaven she will show up with a new set of fingernails and toenails.  Mina remained in a lot of pain the entire time Ronaldo visited with her that day and Ronaldo gave her water to sip as she needed it.  Later that day, Mina told him:  “As long as your feet walk this earth, Ronaldo, Doug will be on your left side and I will be on your right side and we will be your Guardian Angels 'till we see you again.”  Wow.  What a day that was.  One of Ronaldo's VERY BEST Friends was herself dying AND THERE SHE WAS TRYING TO PROVIDE COMFORT TO HIM.  That was just like Mina to worry about someone else and not worry about herself.  Mina did not speak much at all after that and the next day she did not speak at all, and then she was quickly gone.  Ronaldo has his own Guardian Angels, but I think we all have them as well.

Add your review
0 stars based on 0 reviews